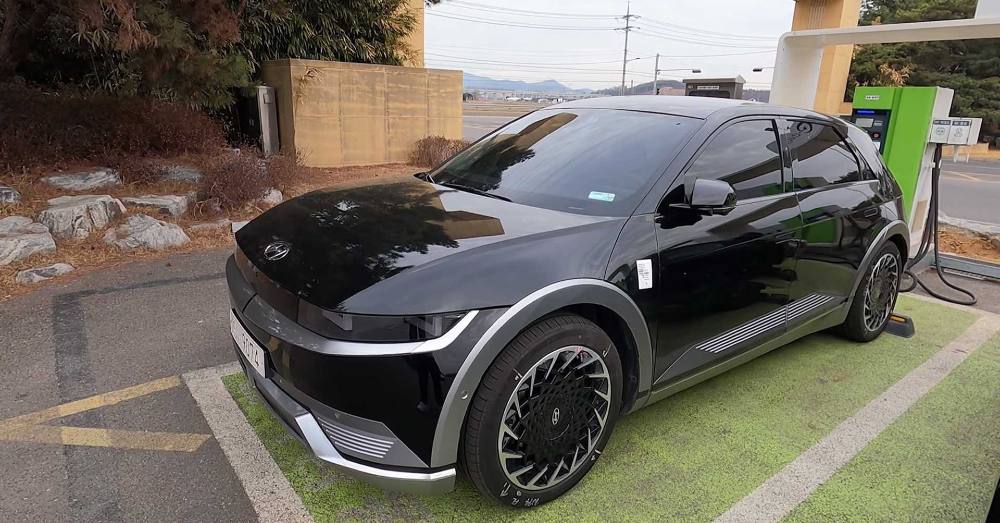 We have been teased with images of what the production version of the new Hyundai Ioniq 5 EV crossover will be and it’s amazing.

Many times, the worst thing to happen between the concept and production models is the work of the bean counters. Costs typically create trouble for automakers and the design changes to fit what the number crunchers want. That didn’t happen to the Ioniq 5.

The Ioniq is Becoming a Sub-Brand of Hyundai

Much the same way that Genesis was born from Hyundai and eventually became its own brand, the Ioniq name is growing to a point that it may also become a sub-brand. The Ioniq 5 will be the fourth in the lineup that wears this name and we know there are two more models that will follow. With six vehicles named Ioniq, it wouldn’t be a surprise to create a brand out of the name.

Do You Remember the Hyundai 45?

The stages of auto shows around the world were the places that we saw the Hyundai 45 Concept make its debut. This took place in 2019, which is the last year when we saw full auto shows take place before the COVID-19 pandemic struck. Thankfully, the new Hyundai Ioniq 5 will remain faithful to the retro styling of the 45 concept with amazing looks.

The front of this new crossover features squared-off LED headlights that give off the vibe that this vehicle came out of a retro video game. The taillights are blocky and look like some of the pixels we saw in the movie of the same name. You’ll see a clamshell hood which means very few lines are shown in this area of the SUV. Finally, you’ll notice the angular appearance of the vehicle that seems to be without curves, giving it a retro feeling of models from the 1980s.

Getting Into the Numbers of the Hyundai Ioniq 5

The new Electric-Global Modular Platform (E-GMP) is found under the Ioniq 5. This platform makes it possible for this SUV to charge to 62 miles of range in five minutes when using DC fast-charging. The range of the Ioniq 5 is expected to be more than 310 moles and we should see more than 300 horsepower and AWD to give us an SUV that’s capable and right for the drive.

Adaptable Power in this SUV

While having impressive performance numbers, the Hyundai Ioniq 5 also has a new item called Vehicle to Load (V2L) technology. This feature allows you to hook up camping equipment that requires power to function from the power of the vehicle. When used as a power supply, the Ioniq 5 uses 3.5 kW to run an entire site for as long as you need to.

Get ready to enjoy the next version of the all-electric SUV when the Hyundai Ioniq 5 makes its way to dealers in your area. This new model could be the SUV that has what you’re looking for and the drive you want on the road.

The fact that it comes from Hyundai means that it’s likely a winner. Hyundai has been acclaimed for their ability to produce all varieties of greener vehicle options, from a diverse line of Hyundai hybrids, to the newest all-electric models.